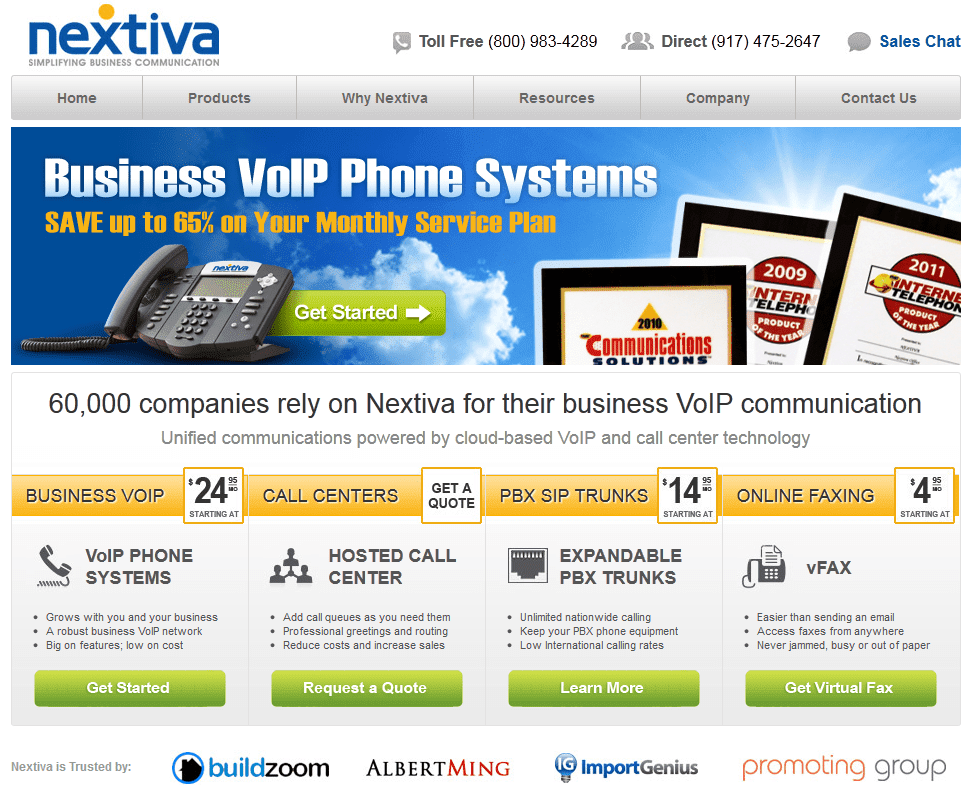 Nextiva was founded in May of 2008, with six employees out of a 1,200 square foot office in Tempe, AZ. Here we are four short years later, and they’re providing service to over 60,000 businesses, including some of the biggest names in hospitality, insurance, and transportation. In an infographic they published this week, Nextiva noted the highlights during their quick ascent to the zenith of the VoIP industry.

In 2008, Nextiva launched Connect and Connect 360, and connected their first customer. Their first company-wide lunches cost under $50. Within a year, they had 3,000 customers, hired more employees, and moved to a larger office.

Between 2009 and 2012, Nextiva racked up award after award, continued to innovate, gave us new services and new platforms, spun off inTALK, and grew to 60,000 customers.

What made Nextiva’s explosive growth possible was not just the innovative technology, but a tight-knit group of enthusiastic employees. Nextiva has been rated A+ by the Better Business Bureau, and Nextiva continues to give their employees free meals. As of May 2012, their ranks have expanded to a team of 200. That, when you get right down to it, is kind of incredible. 60,000 businesses relying on only 200 people? How is that even possible?

We here at GetVoIP.com have firsthand experience of Nextiva’s customer service, and it’s no joke. They do answer the phones quickly, they are friendly, and it sounds like there’s a big party on the other side of the phone. (OK, we may have exaggerated about that last part.)

But getting back to the question: how can so many businesses rely on so few? For reference: Microsoft has 94,290 worldwide, Apple has about 13,000 non-Apple store employees, and Google has about 24,400.

The answer has to be that the data centers work as hard as their employees. Nextiva’s primary datacenter is 315,000 square feet, ten times the size of their sales and support team office. Arizona is an area of the US that is friendly to having data centers, being flat, wide open, and an unlikely target for sudden natural disasters. Nextiva’s entire core network, which is owned and operated by Nextiva, not outsourced, is powered by Cisco 6500 series switches. Their network is patrolled internally by carrier-grade Session Border Controls, and externally by a select group of authorized engineers.

Will Nextiva continue to grow in the next four years as quickly as they have in the past four? It seems likely. VoIP, as an industry, is seeing exponential growth as older businesses reevaluate their aging PBX systems, and new startups subscribe to VoIP without even considering older systems. We look forward to seeing what innovations Nextiva will bring to businesses of all sizes in the coming years.