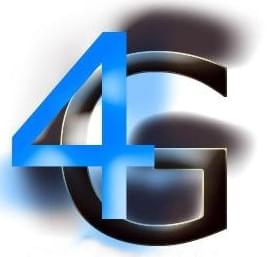 It’s not secret that VoIP is on the rise, but that growth could be even more pronounced in coming months. Amidst an ailing economy, businesses are beginning to look more and more for an efficient way to cut costs without compromising quality. VoIP has been that saving grace. The only hindrance for many companies who may have realized the benefits of VoIP, has been their internet connection and ISPs. In fact, many companies, although well-versed on the cost savings, have stepped aside, realizing that their costs would be more to apply a faster network infrastructure.

All of that is destined to change, as 4G technology is finally here, and could in time, prove to be the antidote to a poisonous geographic settings (in terms of the Internet of course). Communications infrastructure is generally poor in rural locations, but 4G promises to rectify that, connecting firms to VoIP for business.

Trefor Davis is a communications expert and council member for the ISP Association UK, and praised 4G technology for being the ray of light in what has been a dark technological era for the ‘telecommunically detached’. Mr. Davis pointed out some great points, noting that fourth generation technology will not only allow the web to be surfed more easily in those areas, but also allow for these businesses to take advantage of VoIP and video conferencing.

“4G is potentially as fast as superfast broadband and obviously being a wireless service, it doesn’t necessarily have all the same problems that running cables have. A lot of the reasons why these remote areas can’t get broadband is because of the cost of running the cables,” Mr Davies explained.

VoIP technology is already finding itself on test runs in some rural areas in Germany, much to the delight of those who have had the opportunity to try it out. In this day and age, living without a great internet connection is almost viewed as an injustice rather than a privilege none the less. My friends and I love to say, “First World Problem”, and in this case I’d have to say this fits the bill. On the flipside of the argument, saving money is a universal goal, and in this case, it’s all relative. VoIP continues to change the way everyone does business, and from the small businesses in the middle of nowhere, to the corporate monster on Wall Street, it’s a technology everyone should have the opportunity to use.