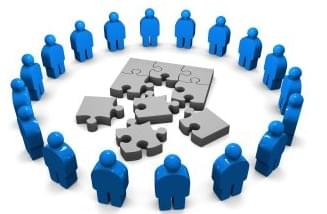 Go ahead and call a spade a spade – “hosted communications” offerings are not always as they seem, revealing themselves in due time to be stripped down, PBX/key systems situated in the cloud, supported by an IP Phone. You might say you’re going to take out your bike, and although I’d always assume it had wheels, there’s a slight chance it wouldn’t have a motor. The best way of course would be to investigate it closely and see for myself if it were in fact a bike in the most endowed form of the word. Easy to understand? Well, it’s not that simple anyway, and neither is shopping for a complete unified communications package, though a little footwork initially will go a marathon’s length over time.

In some cases, it rings true that you get what you pay for, but not all. That’s what makes the process of choosing Unified Communications offerings so difficult, and conversely makes it easy to get duped into thinking a cheaper service is a great bargain and a more expensive service must include all features. With VoIP, being able to place calls, enjoy attendant, send messages, among other features isn’t even the half of it. However, with some services, it really isn’t the half of it, it’s complete package – that being said, you may be paying too much without any depth of service.

A prime example is Avaya’s recent release AvayaLive Connect, which delivers a direct inward dial (DID) number and a main number, including an auto-attendant, dial by extension, and a large conference bridge. There’s also unlimited inbound and outbound voice calling anywhere in the US for $19/month. Sounds great, right? Well, I’ll have you know that with AvayaLive Connect, you may even utilize instant messaging and video calls…with only people in the company – not external parties or federated IM networks. This is where the appeal might begin to plummet, and customers will be wondering why they didn’t spend slightly more for full features to properly build their infrastructure. After all, the appeal of unified communications is right in the name, and a PBX can’t exactly help a business thrive with a laissez-faire communication system. In essence, many are really paying for a local and long distance voice calling plan with various PBX-type functions.

The best and only advise to take in these cases, is not sell yourself short by committing to a service that is truly limited. In the larger enterprise market, a long list of voice network carriers are offering numerous versions of lightweight, cloud hosted PBXs, a come on to inspire commitment to their transmission services ranging from SIP trunks to T1/E1 TDM services. However, few of these services include a broad range of Unified Communications capabilities, and a lack of research might mean a lack or service later on. In the same way “fat free” doesn’t mean healthy, “Unified Communications” doesn’t mean universal, as messaging/videoconferencing may be strictly between colleagues, other users of the same service, etc. With so many VoIP offerings coming out as the service grows in popularity, many are usually buttoned up, stripped down versions of what hosted services might offer. There’s a few different platforms you can rely on to combat falling into this trap:

​Sprint, for instance, offers unlimited calling plans for $30 monthly and $40 per month for a smartphone. Smartphones, along with tablets that may take advantage of the latter plan, almost always include some variant of unified communications, including messaging (e-mail, SMS, Instant Messenger), voicemail, and call forwarding. Nowadays, many smartphones/tablets are engineered and ideal for collaboration (especially those equipped with cameras and the like), cloud services, such as iCloud/Gmail, and social networking capabilities. Sprint’s mobile integration makes a smartphone part of its network, making minutes negligible through usage of simply data to communicate to mailboxes, mobile phones, tablets, and join in on meetings

Directly dealing with Hosted UC Offers is also a great way to bypass the false advertisement and get right to [and enjoy both on one plate] the meat and potatoes of VoIP service and unified communications. Hosted Unified Communications, usually are powered by desktop software platforms that incorporate voice communications among other features, like Google Docs with Google Voice, Microsoft Office with Lync, and Cisco WebEx running alongside Jabber. The aforementioned plus other big names include dedicated, communication capabilities well-known to have a reach inside and outside organizations, able to be used on PCs, tablets, smartphones, and others.

Avoid doing yourself a disservice by subscribing to what appears to be a big saving, but in actuality, is a big indiscretion. There’s simply no excuse to settle for sub-par offerings, especially when you want the best for your business and partners. In the long run, paying $40 dollars for a service is much cheaper than paying $30 for an incomplete system where you might have to add a feature later on, à la carte for another $15, the rest of the year. Besides cost savings and other benefits, I’ll speak from experience and say that it’s always preferable to have everything you need in one place. Hosted VoIP, business cellular, and Hosted Unified Communications are the way to go, and the best way to make sure you and your business aren’t left in the dust, using a limited VoIP solution.