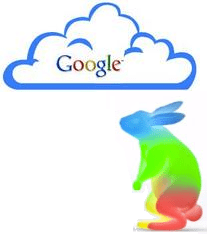 Google has unveiled and launched ridiculously fast, maybe even better described as “ludicrous speed”, experimental broadband internet network infrastructure using fiber-optic communication. The 1GB-per-second Google Fiber Internet and Fiber TV, hit Kansas City today and has the potential to completely change the way the web is surfed and video is watched. Following their forewarning that the gigabit network was coming, it has arrived in their domain, so to speak. Google Fiber promises to be 100 times faster than average American broadband speed. In comparison to travel, it’s like driving from New York City to San Francisco in under a half hour. While all I can do is sit and wish this technology was available here, I’ll wait in anticipation for the day I can download, upload, and search in the blink of an eye – almost faster than the actual click of the mouse.

“Google Fiber is 100 times faster than today’s average broadband. No more buffering. No more loading. No more waiting. Gigabit speeds will get rid of these pesky, archaic problems and open up new opportunities for the Web,” Google wrote in a blog post on Thursday. “It’s easy to forget how revolutionary high-speed Internet access was in the 1990s. Not only did broadband kill the screeching sound of dial-up, it also spurred innovation, helping to create amazing new services as well as new job opportunities for many thousands of Americans. But today the Internet is not as fast as it should be. While high speed technology exists, the average Internet speed in the U.S. is still only 5.8 megabits per second (Mbps)—slightly faster than the maximum speed available 16 years ago when residential broadband was first introduced. Access speeds have simply not kept pace with the phenomenal increases in computing power and storage capacity that’s spurred innovation over the last decade, and that’s a challenge we’re excited to work on.”

Google Fiber is expected to be installed to “fiberhoods” nationwide, ranked in the top 50% of those that have pre-registered for the service by mid-2013. With more than 1,100 cities in the mix, the unfortunate half that does not receive the service initially, shouldn’t have to wait too long for the high speed service. Aside from never waiting for a video to buffer or website to load, those who will in due time be enjoying Google Fiber. With the introduction of their own cloud services, Google seems to be poised to offset pretty much all competition whether it be in the Amazon or AT&T (U-Verse). Access speeds in a grander scheme of things paints a potentially magnificent picture where telecommunications and date exchange are literally and figuratively a snap. With the surge of cloud usage, VoIP, social media, and the often grueling pace at which we do business, speedy Google Fiber might be something in retrospect that we’ll look back and say was just what we needed: