Continuing our experience with Business VoIP provider 8×8, Inc., we set up and explored their service powered by the Polycom 550 IP Phone.

I plugged in the DC Adapter along with the Ethernet (LAN) Cable, and the console began to boot up. My Polycom 550 automatically communicated and synced with the network, which was indicated through the IP address on screen and welcome message.  Upon initialization, the Polycom 550 will then request an Activation Code prior to making calls, which can be found on the 8×8, Inc. Account Manager web page or e-mail containing shipment information from the provider. After punching in the 12 digits activation code, the phone was fully operational.

Next, I began adding contacts to the address book. There are up to 4 contacts that may be set to the home screen for quick dialing. The buttons for inputting the letters were of course the traditional number/dial pad, which was very responsive and reminded me of the early days of texting on my cellular phone.

Then, the “Conference” button caught my attention. You can invite multiple users to a single conference call by pressing the “Conference” button, and setting up the options as an administrator. Call forwarding was also available as a built-in feature, requiring the number to direct calls to and the number of rings before the action is carried out. The intercom to other extensions was also a great asset, along with the “Do Not Disturb” button, microphone muting button and headphone/handset key (lit up on the lower right end). 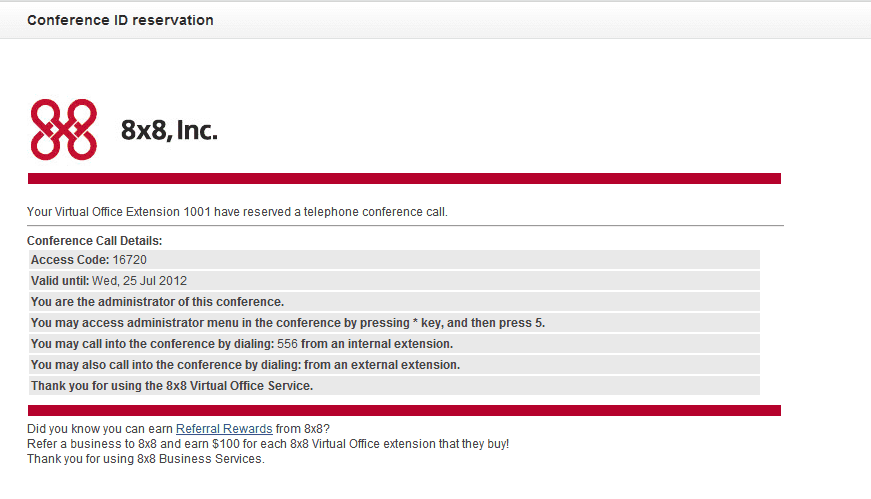 Following the setup of a mock conference, I received a confirmation e-mail. The confirmation email included the Conference ID, along with the expiration date, and other information pertinent to conferencing in on the virtual, voice “meeting”.

Setting up voicemail was a little tricky at first…once I cycled through the second menu on the home screen by hitting “More”, a voicemail tab appeared. At first, I was prompted to enter a password, but had no idea what that might be. Passwords must be created upon your first visit to this feature. They must be:

Once you’ve entered your password, followed by the pound key, you will be prompted to enter the same one again to see that they match (followed by the # key). At this point, you should have complete access to voicemail through the on-screen options. 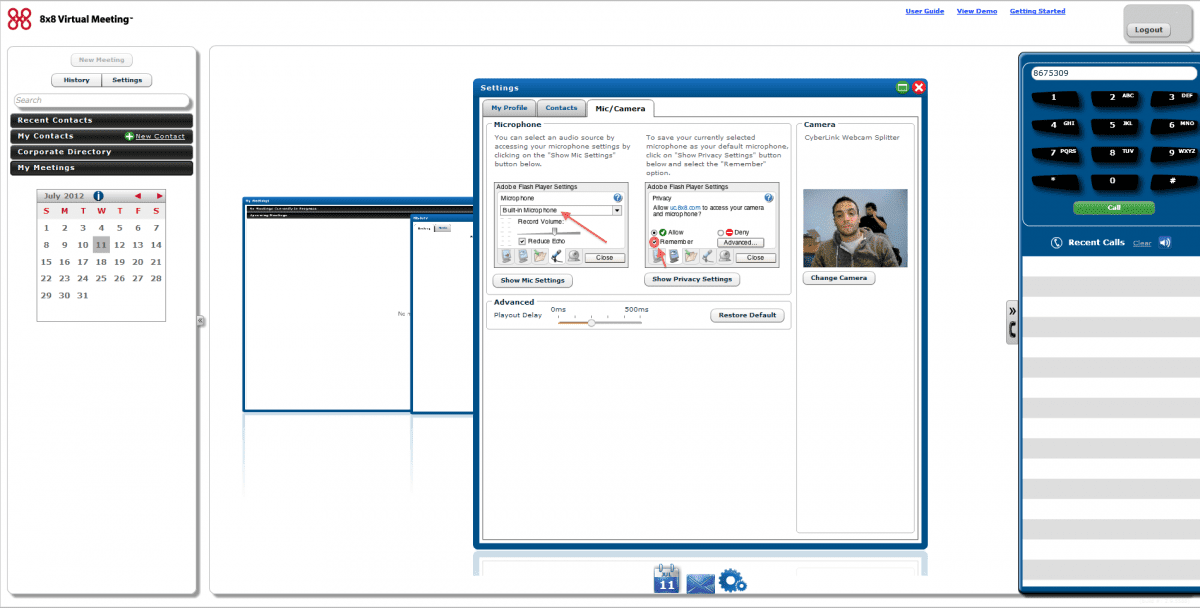 Finally, 8×8, Inc.’s Virtual Office Online lets you manage meetings and also make calls through it’s Softphone. Overall, I was really impressed with the quality of calling on this feature. Also, calls on the Polycom 550 itself were crisp, clear, without any issues to be reported. Up to date, I’ve been quite pleased with 8×8, Inc. and would certainly recommend their service, considering the features included, along with the quality hardware that is the Polycom 550 in conjunction with the Business VoIP provider.